Happy Nawruz: May every day be Nawruz for AAN readers

Home » Reports » Context and Culture » Happy Nawruz: May every day be Nawruz for AAN readers

AAN wishes a happy new year and joyful Nawruz to all its readers. Afghans and many others across the region will be celebrating the first day of 1398, also the first day of spring, with family visits, special food and picnics. In Kabul, some will go to the Sakhi Shrine, while many others will congregate in Mazar-e Sharif at the shrine there. In both places, there is a Jahenda Bala (Raising of the Banner) ceremony on Nawruz when a banner attributed to Hazrat Ali is raised. In Mazar also, there is the special 40-day Mela-ye Gul-e Surkh (Red Flower Feast) celebration of wild tulips. Here, at AAN, we have been thinking about our best and worst experiences of Nawruz. Here, we share some stories from colleagues and friends; mainly, people remembered the good years. 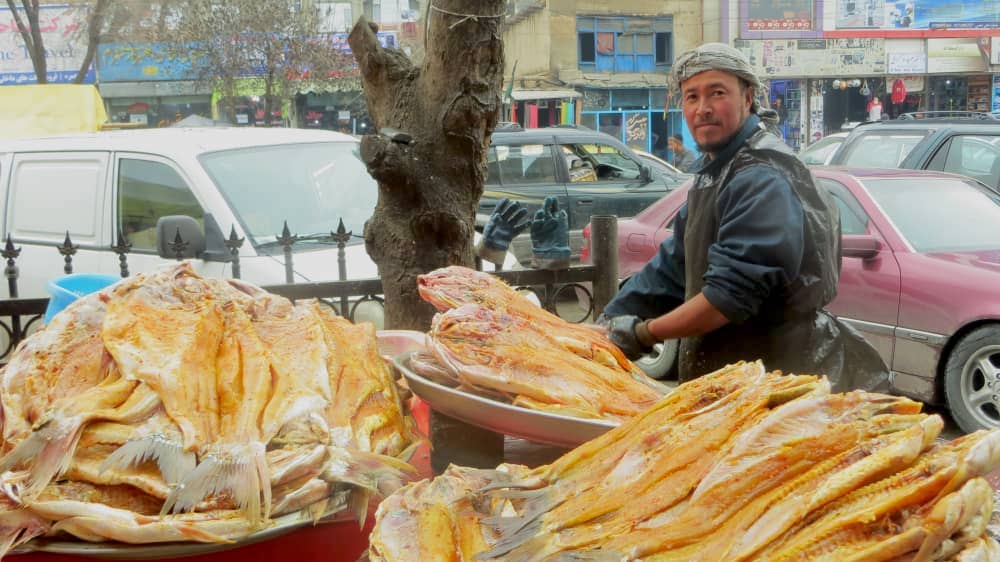 The best Nawruz in my life was the one when I was ten years old. It was the first time my father took me and my brother to the Sakhi Shrine in Kart-e Sakhi, Kabul. I saw many small girls and boys who were riding on wooden horses and a Ferris wheel. My father bought me a tambourine and I was so happy. I played my tambourine from Kart-e Sakhi all the way home. I had a lot of fun. Nawruz Mubarak.

It wasn’t my best or my worst Nawruz, but the New Year of 1380 (2001) was revelatory. I had been expelled from Kabul by the Taleban, but was still working as the BBC’s Afghanistan correspondent out of Islamabad. By chance, I encountered a host of Afghan families celebrating Nawruz in one of the public parks. My goodness, I thought, so this is what ‘normal’ Afghan culture can be like without all the Taleban restrictions and bans: families picnicking, enjoying the sun and the flowers, men and women sitting together, children playing, lots of food, all relaxed and, most amazingly for me, having fun. Nawruz Mubarak.

As far as I know, every Nawruz has been the best for me because it’s one of the times in the year when all family members, my brothers and sisters and their children, come to my home. That’s even though I’m not the oldest child. It’s because my parents live with me. We all sit in one room, having our lunch and dinner together. So Nawruz is a time of getting together, having fun and enjoying life all together. Nawruz Mubarak.

I have one experience of Nawruz that was mixed. It was 2002 and I had gone to Sakhi Shrine to celebrate Nawruz. I saw a man selling balloons of all colours and thought that all his wealth was invested in those balloons, which he was hoping to sell. He was standing a little far from me, but to my surprise no one was buying from him. And then suddenly, some of his balloonsjust flew up high into the air and he only had a few left. That man was so sad and looked so disappointed. So, in order to make him a bit happier, I bought the rest of his balloons for my nephews. That year, Nawruz was a very good time for me as security was really good compared to previous years when the Taleban were in power and we could not celebrate the festival. Happy New Year!

My best Nawruz was in 2003 (1382) when I’d just come from Iran and wasn’t very aware of the traditions in Afghanistan. A few days before, I was happily receiving good wishes from many people and getting ready for the new year. But every day, I saw propaganda against Nawruz in social media and  heard the same from the loudspeakers in the mosques. They were saying that celebrating Nawruz – haft mewa (seven fruits) and wearing new clothes, as well as visiting family and relatives, was haram (unlawful). It was very painful for me because I’d never encountered or faced such issues before. But now I don’t care. I just celebrate Nawruz with my family, friends and relatives. Nawruz Mubarak!

Nawruz in 1393 (2014) was for me initially horrible but turned to joy. I’d left my family in Herat to go to Kabul and then on to Mazar, in both places trying to get a Tajikistan visa. Disappointingly, I didn’t get one in either city! I’d planned to attend a research exchange meeting in Khujand University in Tajikistan, as well as get a feel of Nawruz there. However, I was stuck in Mazar. But that didn’t turn out to be too badly. I soon discovered a huge crowd of relatives and some friends, chatting, having fun and eating, especially haft miwa, and exploring, for the first time, that celebratory city and its impressive mila-ye gul-e surkh when tulip flowers, especially the red ones, grow in the plains and over the hills around the city. Wishing you a happy Nawruz!

We can’t yet say how the new year will start, but I hope 1398 will be recorded as the year of enduring peace in Afghanistan. In my area, there has been less fighting recently – apart from night raids by government and United States forces. I think this shows that peace is coming to Afghanistan after four decades of war. Leaders meeting to discuss peace also gives me hope that we’ll have a happier year in 1398. I hope we see a peaceful Afghanistan that will allow all Afghans to live without war and threats, when we receive no news about attacks to spoil our joy, happiness and brotherhood.

AAN dispatches about Nawruz from earlier years include our look at the special New Year foods, at poetry, celebrating Nawruz and springtime and the debate among religious conservatives over whether Muslims should celebrate this holiday.